We all know the importance of setting goals. They need to be Specific, Measurable, Achievable, Realistic and Timed. Having them written down is very powerful, but how do we set them in order to play better golf?

It all starts with knowing your numbers. When critiquing your game and choosing areas to work on its important to make these decisions based on the facts as much as possible.  In this post I’m going to give you a behind the scenes look at how we use statistics to determine the most effective practice program for each player and how to set SMART goals.

Depending on what your aspirations are as a player, it’s very useful to evaluate exactly where you are with your game right now and work out exactly what stands between you and the player you know you can be.

We can do this by benchmarking. This is where we evaluate the level of each aspect of your game against the level you are working towards becoming. This can highlight the fastest route to take, improve your ability to design an effective practice program for and enable you to track your performance along the way.

The example below here is a player working towards playing professionally and thus we have benchmarked their stats with the PGA Tour Average Male. The picture below is their stats displayed through the software I use called ‘GameForge’. This is after they have played 10 rounds of golf over a three-month period. Let’s dig in and see how we can use these numbers to accelerate this players performance

At the beginning, this players goal was to improve ball striking. Over these three months we began working on key areas on their technique to improve just that, whilst making sure to record playing performances along the way.

Straight away we can quantify how many shots we need to lower this player’s scoring average by, and we can begin to see exactly how this can be done. Starting with ball striking ability, which at the beginning was the players main objective in order to lower their score. We can see that it is pretty good! Their greens hit in regulation is nearly there and on the greens they do hit their proximity to the hole is good enough to achieve a lower scoring average. So, will continuing to prioritize ball striking in practice help lower their score and bring them closer to setting effective goals and achieving them?

Initially the player highlighted their ball striking as the main issue, and whilst we did work on their technique, and it has improved, it’s unlikely it would have developed that much in such a short time frame (3 months). Which means the players initial analysis without recording their statistics may not have been as accurate as they thought. And even though they have made progress, it still doesn’t show up on their scoring average, and for competitive players, a lower score is the aim of the game.

By looking at the conversions rates- This is where we can benchmark, of the greens they have hit in regulation how many putts were converted from each distance. It starts to get interesting

From these numbers we can begin to see the fastest route to lowering this player’s score and therefore, set their practice program accordingly. A key stat here is from all putts for birdie inside 20ft, the conversion rate is 16% as opposed to the PGA tour average male which is just over 60%! This will be an important KPI (Key Performance Indicator) for this player knowing that they have enough opportunities to match this benchmark due to the efficiency of their ball striking numbers.

On the greens they have missed in regulation we can also see how this player performs in their ability to save par and minimize drop shots.

These short game numbers are telling and will provide this player with another KPI which will determine their practice program and focus.

The putting stats can also be seen and will also serve as useful benchmarks. Watching their trend over the next 10 rounds will determine a lot for this player.

What I hope for you to take from this is if you have been working hard on your game and it’s not showing up on your scorecard it doesn’t necessarily mean you’re not making progress. It might be that your ball flight has improved, you’re hitting more fairways and greens but that it may be time to investigate other aspects of your game by tracking some of the numbers I’ve talked about above.

The fun part now is the player knows exactly what to do! They can set a specific and measurable goal- Improve conversion rate inside 20ft by 40%. So how do we do that? It may be that we need to improve ability to start the ball on line, manage speed control or ability to predict the break. Technical, mental or even equipment may be the answer, but that’s for another post! The key here is, whether you want to break 100, 90, 80, 70 or even play professionally, when you start tracking your KPI’s you will know for sure if you are going in the right direction or not, which in of itself is the motivation you will need during the often difficult process of improvement. #lowestscorewins

I hope you enjoyed this insight into what the start of the coaching process looks like for a player and found it useful. Feel free to get in contact if you have any questions or would like me to address another subject you are curious about. As always you can find me by Email, Facebook, Instagram with ‘Phillip Tanham Golf Coaching’ or in Marbella Golf and Country Club, Spain. 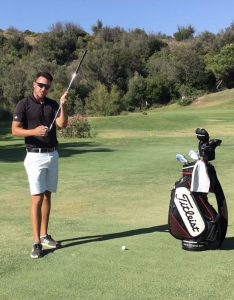 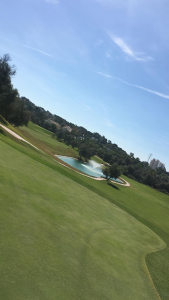 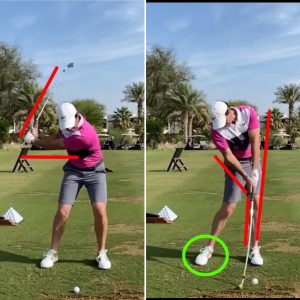 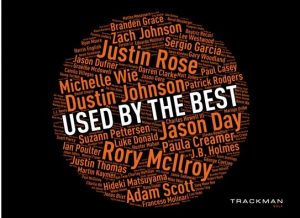